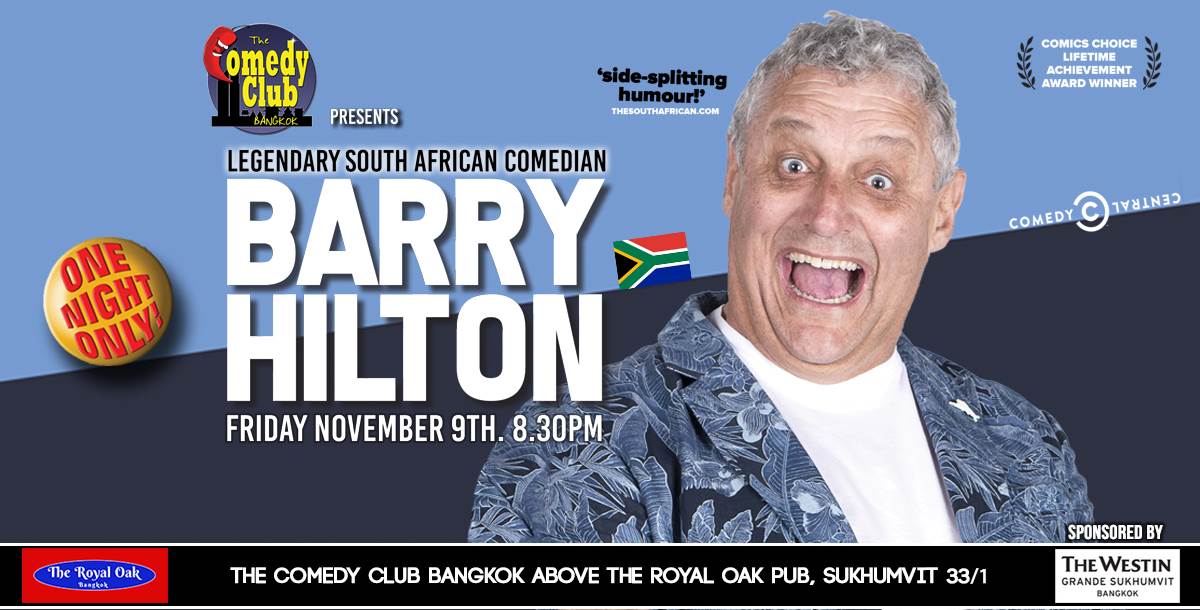 With sets that are never vulgar, malicious nor mean of spirit, but always funny - Barry is known to several generations as a gentleman comic and a master craftsman with flawless timing, an unpredictable hairline and a gaze that doesn’t miss a thing.

His genuinely funny bones, his uncanny ability to gauge a crowd, his firm stance on working clean, and his unflinching work ethic make Barry Hilton an institution that has stood the testament of time and continues to impress as he breaks new ground and makes ‘em laugh all over the world and for the first time in Bangkok where else but The Comedy Club Bangkok, with special guests including TSITSI CHIUMYA, Savanna Comic’s Choice Newcomer of the 2018 and as seen on TREVOR NOAH's Nationwild! 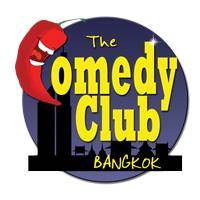