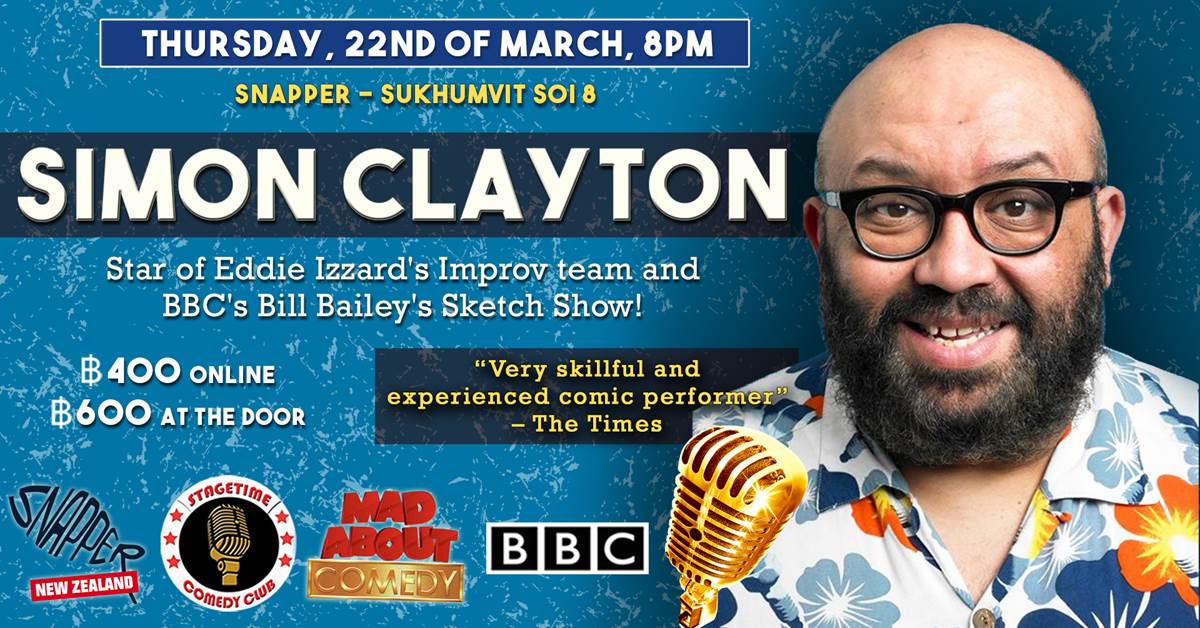 Simon Clayton is a 30 year comedy veteran who has been been performing live comedy since he was 19, beginning with the Crisis Twins/Clayton & Gordillo from 1986 until 1995. Since then ,solo stand up,  talking about what he is: male, fat, mixed race, married, balding and anything else that currently makes him laugh, he is an experienced improviser ,working with the comedy store players, and other improvisation comedy groups.

Simon has performed all over the word entertaining audiences at all the major comedy venues in the UK, Ireland, South Africa, Hong Kong, Malaysia, Indonesia, USA, and Vietnam.

Stagetime Comedy Club (3rd Floor Snapper New Zealand Sukhumvit Soi 8), has joined forces with Mad About Comedy - one of the worlds leading comedy brands - to bring you one of Britain's finest touring stand-ups. 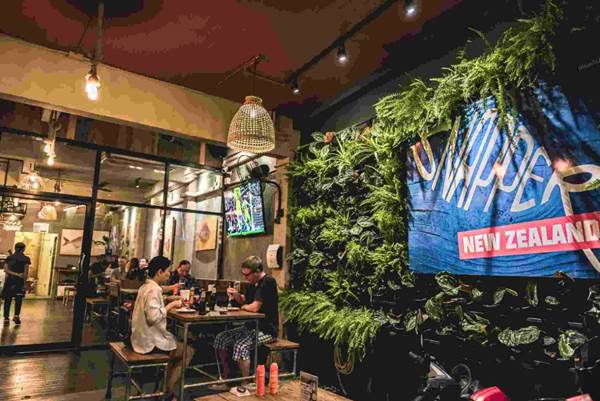