An Evening with Dane Swan 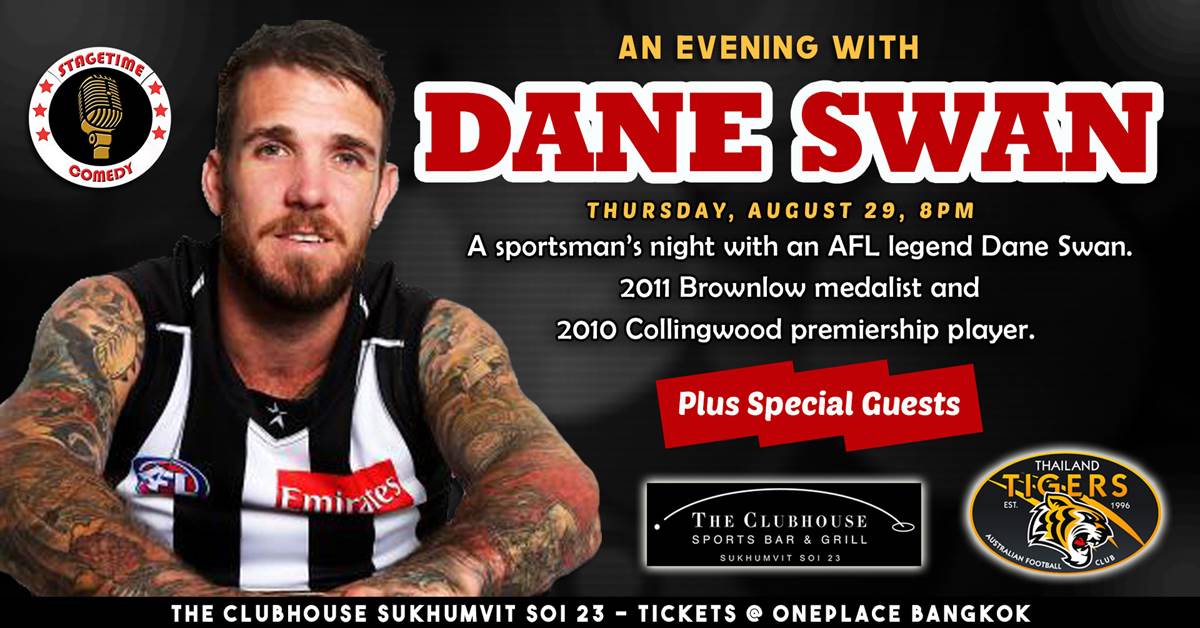 The event is now SOLD OUT!

Sorry to those who have missed out!

A sportman's night with one of Australia's most loved sporting stars from modern times for one night only. Don't miss the chance to hear from the man himself in the intimate setting of The Clubhouse's upstairs bar.

Swan was drafted with pick 58 in the 2001 AFL draft, and made his debut in his second season. Despite having a slow start to his career, being unable to hold down a spot in the side for the bulk of his first three seasons, Swan has since become recognised as one of the greatest midfielders in the modern era.

Since his breakout season in 2007, Swan has become a premiership player, a Brownlow Medallist, a three-time Copeland Trophy recipient, and a five-time All-Australian, and in 2010, won the Leigh Matthews Trophy as the league's most valuable player.

Known as a prolific ball-winner, Swan averaged almost 27 disposals per game over his career, an average 2nd only to Greg Williams. Swan was runner-up in the 2017 I'm A Celebrity...Get Me Out of Here!, on Network Ten.

This event is limited to just 50 tickets and will sell out well in advance so book early!