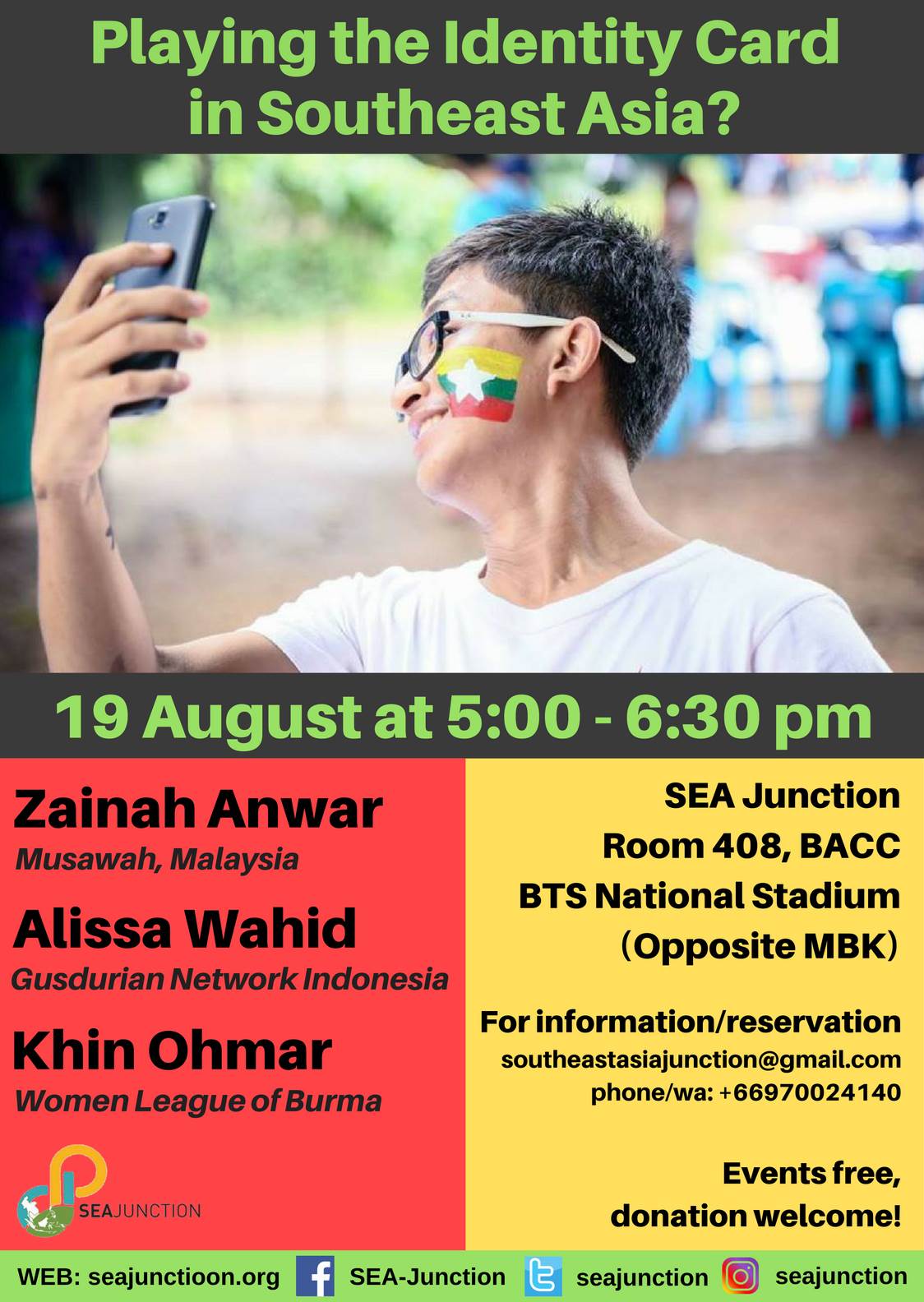 Political contests in Southeast Asia as in the rest of the words have often been influenced by identity claims and featured arguments around ethnicity, race or religion. Analysts and observers, however, have noted that in recent year identity politics have played a more significant role in maintaining political power and even more in the race for political office. Elections, when held, have exposed identity cleavages within plural societies and a tendency to articulate discourses around “ingenuousness”, “moral purity” or “homogeneity” at the cost of a constructed “other”.

In the panel, held on 19 August at 5.00 PM at SEA Junction, the speakers will reflect on the situation in their own country, namely Malaysia, Indonesia and Myanmar. As women intellectual and activists, they will also elaborate on how these processes affect women political participation and role in society. More specifically the panel consists of:

Zainah Anwar is a prominent Malaysian non-governmental organization leader, activist and Muslim feminist.[1] She was the head of Sisters in Islam for more than two decades before stepping down and now heads Musawah, a global movement for equality and justice in the Muslim family. She also writes a monthly column on politics, religion and women’s rights, called Sharing the Nation, in the Sunday Star, Malaysia. She is a former member of the Human Rights Commission of Malaysia.

Alissa Qotrunnada Munawaroh Wahid, a trained family psychologist, is the founder and National Director of Gusdurian Network Indonesia (GNI), named after her late father, President Abdurrahman Wahid who is also known as Gus Dur. She is also active in Nahdlatul Ulama (NU) as General Secretary of its Family Welfare Agency and is a Civil Society Ambassador for Sustainable Development Goals in Indonesia, focusing on Goal 16: Peace, Good Governance and Access to Justice.

Khin Ohmar is an influential and award-winning democracy activist from Myanmar, who has been working on the front lines of women’s empowerment and political reform since the 1988 student protests. Forced into exile by the government, and repeatedly denied a visa to return home, she has continued to care about her country through Burma Partnership, a network of organizations throughout the Asia-Pacific region supporting the collective efforts of all peoples working towards democracy, peace, and human rights in Burma and now Progressive Voices. She also founded and is a prominent representative of the Women League of Burma.

Related to this event, on 21 August at 10.30 AM SEA Junction will host Ahmad Suaedy for an informal discussion of his book “Islam, Minorities and Identity in Southeast Asia”, which discusses Muslim minorities in mainland Southeast Asia and the Philippines and Singapore as well as other minorities in the majority Muslim countries of Southeast Asia.

Events are free, but donation most welcome!

FYI, this event will not be broadcast live 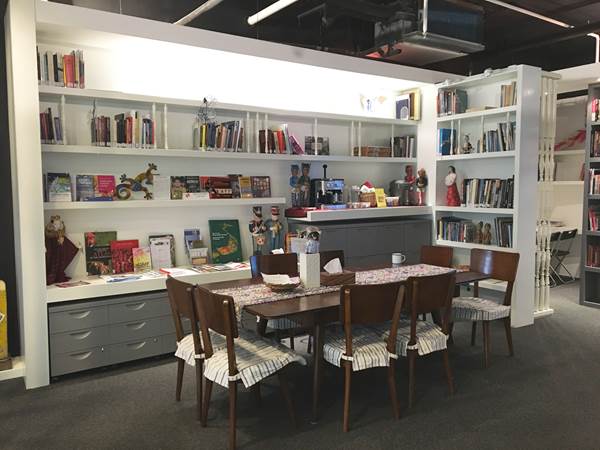