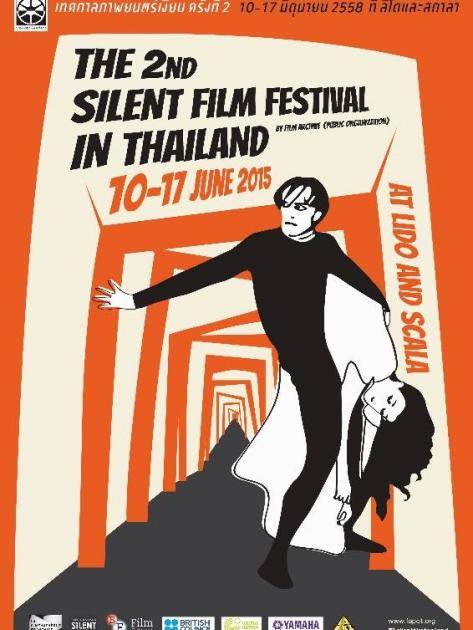 Film Archive (Public Organisation) together with British Council (Thailand) will be organising the 2nd Silent Film Festival in Thailand on 10th - 16th June 2015 at Lido. The closing programme will be on 17th June at Scala.

The opening film is The Cabinet of Dr. Caligari (1920), a well-known German Expressionist silent film.

Other titles include the following:

Blackmail (1929), by the master of suspense Alfred Hitchcock

The Man with a Movie Camera (1929), a famous Russian silent classic with spectacular cinematic technique

Once Upon a Time (1922), a combination of Hans Christian Andersen and William Shakespeare’s works, by Carl Theodor Dreyer

The Half-Breed (1916) and The Good Bad Man (1916), the famous cowboy silent films starred by the popular Douglas Fairbanks

The closing film is The Epic of Everest (1924), a documentary film showing the legendary Everest expedition of 1924. All proceeds from the closing programme will be donated to aid the victims of the Nepal earthquake.