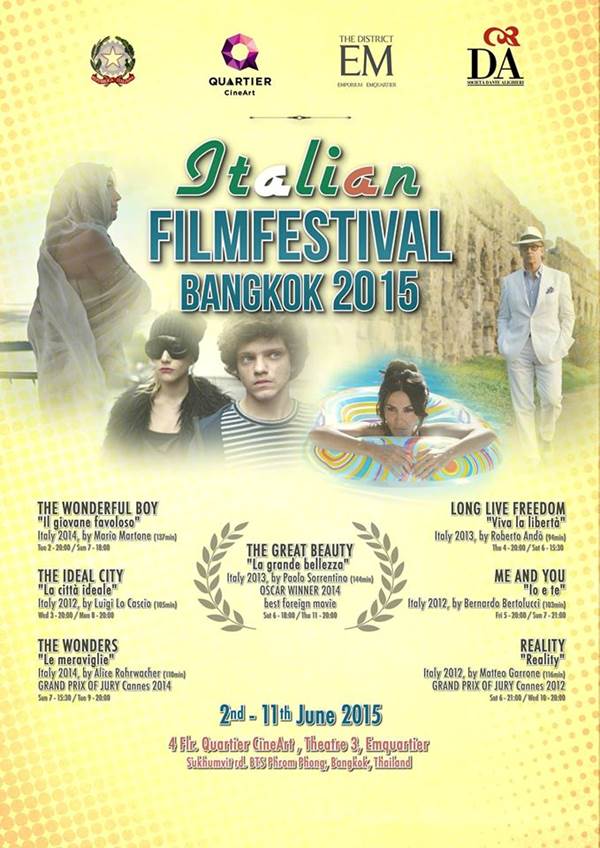 The Dante Alighieri Cultural Association Bangkok is proud to present the Italian Film Festival Bangkok 2015 which will showcase a selection of 7 recent Italian productions from the 2nd to the 11th of June 2015.
The Film Festival, organised by the Dante Alighieri Cultural Association itself, is sponsored by Emporium and Quartier CineArt with the support of the Italian Embassy in Bangkok and is part of the “URBAN – ITALIANA” event. The nine-­day event promoting Italy, its produce and its culture – running at the same time as the Milan EXPO 2015 – will take place at the brand new Emporium District.

The absorbing story of the young Giacomo Leopardi. Italian Romantic poet of the nineteenth century, author of touching and immortal poem
Tuesday June 2nd at 20:00 / Sunday June 7th at 18:00

In the city of Siena a successful architect and impassioned ecologist finds himself involved in a series of mysterious events after a minor car accident.
Wednesday June 3rd at 20:00 / Monday June 8th at 20:00

Gelsomina and her three young sisters are living a very special summer. Their countryside family lifestyle is disrupted with the arrival of the crew of a very famous television programme.
Sunday June 7th at 15:30 / Tuesday June 9th at 20:00

A contemporary tale on the mysterious beauty of the City of Rome. The city becomes the ubiquitous backdrop of VIP parties, former lovers and visionary artists.
.Saturday June 6th at 18:00 / Thursday June 11th at 20:00

A famous political leader under pressure decides to go into hiding at his former girlfriend’s house in Paris. Back in Rome his assistants and associates, left alone at a difficult moment, decide to replace him with his twin brother: a philosopher with psychiatric problems.
Thursday June 4th at 20:00 / Saturday June 6th at 15:30

A 14-­‐year-­‐old loner and his 25-­‐year-­‐old sister find themselves hidden in the house basement to escape peer and social pressures. A few emotional days and nights
Friday June 5th at 20:00 / Sunday June 7th at 21:00

A friendly fishmonger from Naples is pushed by his family to join the selection process of the reality TV show “Big Brother”. His life will take a very grotesque direction.
Saturday June 6th at 21:00 / Wednesday June 10th at 20:00 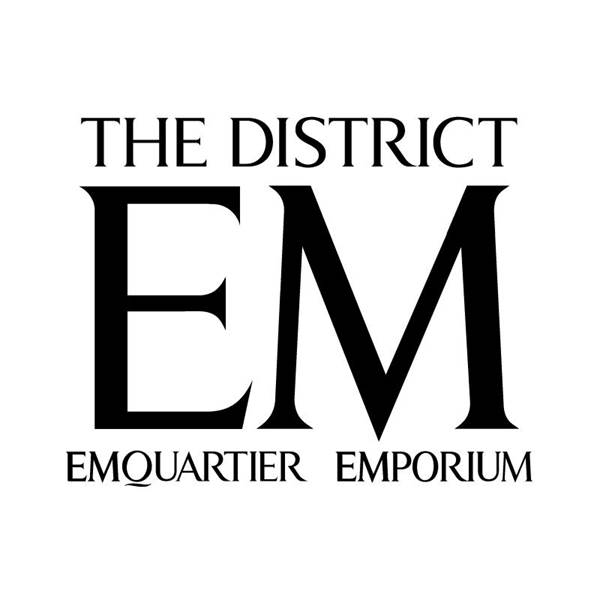