The entire programme of the house 10th Year Anniversary Festival, which is scheduled to take place from July 3-30, 2014 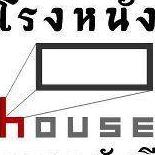