Cracks in the Shell 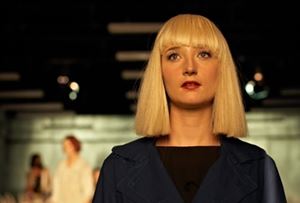 Cracks in the Shell

Fine Lorenz, a drama student, dreams of a stage career. Given the fact that she’s a wallflower, she would not have stood a chance, had Kaspar Friedmann not taken notice of her. Perhaps this is exactly what the prominent director liked about her: Fine is a blank slate, malleable and willing to change her identity for a big role, and thus sacrifice her own personality. Under the director's pressure, the more willing Fine is to identify with her character, the riskier the game becomes. Her self-abandonment brings the young actress close to the brink of disaster.