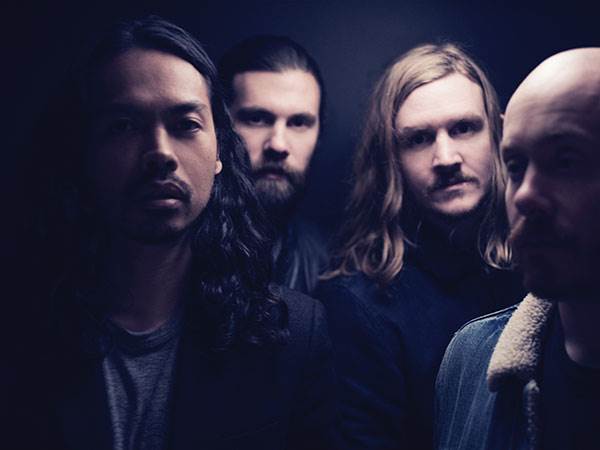 Acclaimed Aussie rockers The Temper Trap heading to Bangkok for one exclusive show
Live Nation and BEC-Tero Entertainment are proud to announce the return of SOUNDBOX for 2017 in Bangkok with Australian rock band The Temper Trap headlining the first event of the year on 8 March.

The Temper Trap, who have toured with Coldplay and the Rolling Stones, will be joined by local favourites Scrubb and Electric Neon Lamp at their Bangkok show at Muang Thai GMM Live House on the 8th floor of CentralWorld.

The Temper Trap have sold more than a million albums worldwide and have an amazing 150 million streams on Spotify. They’ve enjoyed #1 albums and have wowed crowds at legendary international music festivals including Glastonbury, Lollapalooza and Coachella.

The band comprises four members: Dougy Mandagi (lead vocals), Jonathon Aherne (bass), Toby Dundas (drums) and Joseph Greer (guitar and keyboards) and have won a number of prestigious ARIA Awards in Australia, as well as being nominated for Best International Breakthrough Artist at the BRIT Awards.

In 2009, the band released their debut album Conditions containing the hit single “Sweet Disposition” which was a top 10 smash around the world. The song went on to win the Most Popular Australian Single at the ARIA Music Awards. This success was followed by their second self-titled studio album, The Temper Trap in 2012 which was their first #1 album and last year, their third release Thick as Thieves also hit #1 on the Australian album charts.

For The Temper Trap’s first-ever performance in Thailand, the band will be on stage with Scrubb and Electric Neon Lamp at SOUNDBOX on Wednesday 8 March, at Muang Thai GMM Live House on the 8th floor of CentralWorld. Tickets start at Bt1,500 baht (standing) on sale from Saturday 28 January from 10.00am at all ThaiTicketMajor outlets or at www.thaiticketmajor.com.

As the official pre-sale credit card, Citi® card customers can get in first and purchase pre-sale tickets between 10.00am on 25 January 2017 and 11.59pm on 26 January 2017 at any of ThaiTicketMajor’s 14 main branches or online at www.thaiticketmajor.com. Limit of 6 tickets per card. First come first served, while tickets last.

My Live Nation members will also have the special privilege to purchase pre-sale tickets between 10.00am to 11.59pm on 27 January 2017 at any of ThaiTicketMajor’s 14 main branches or online at www.thaiticketmajor.com. Sign up now at www.livenation.asia and you will receive a promo code for the pre-sale. Each code is entitled to purchase up to 6 tickets. First come first served, while tickets last.