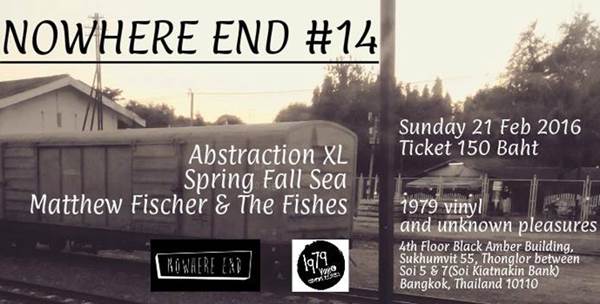 Make your way to NOWHERE END #14

Sunday afternoon music delight. Get together at Nowhere End beloved record shop 1979 vinyl and unknown pleasures. To see and feel the great line up of Indie Alternative Rock, and Americana Folk Rock.

Abstraction XL
A Three-piece band consists of all auspicious Kittisak (Guitar, Vocal), Narueput (Bass Guitar), Chinorot Witthayalai (Drums). There is a rhythm to alternative music with powerful voice, a distinguish Abstraction XL floating wave of sound.
The first full album under the same name as the band, released by Panda Records, growing quietly stronger until late 2013, and awarded the Best New Artist Sharp Award on the following year 2014.

Matthew Fischer & The Fishes
Straight-ahead Americana Folk Rock mixed with 2 parts Crazy Horse, 2 parts Dylan, a shot of whiskey and a raw onion. A crazy twister scooped up Matt Fischer from his Wisconsin farm and set him down in Bangkok where he joined with James Cohn, Iman Ismail, and Tommie Duncan to form Matt Fischer and the Fishes. Let them give you what you've been missing at your yoga class.

Spring Fall Sea
"We will always search and never find"
Sometimes you got to leave everything behind and disappear. Who knows where you might find yourself again.
Something like that must have happened in order for SPRING.FALL.SEA to exist. The three musicians met after leaving their home countries and continents. The EP "Deep Down, All Of Them Felt As He Did, They Felt Abandoned" was written and recorded in Bangkok, Thailand. Distributed by the Thai Record Label "Newlights Production", the D.I.Y.-Record was released on 13th of December 2015. A music video titled "Capture the Castle" was published on 5th of December 2015. 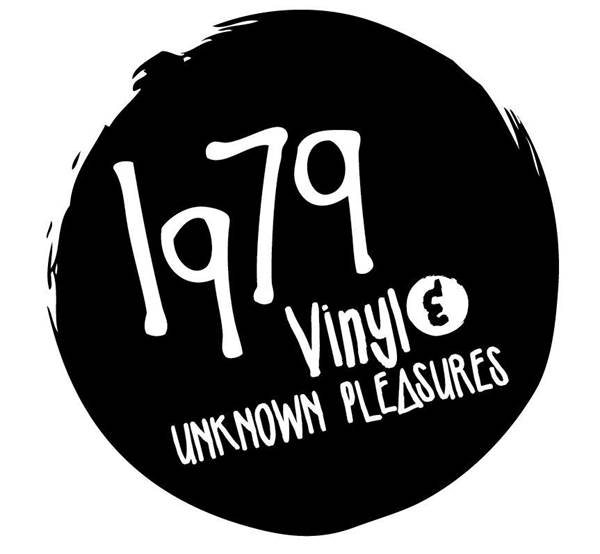