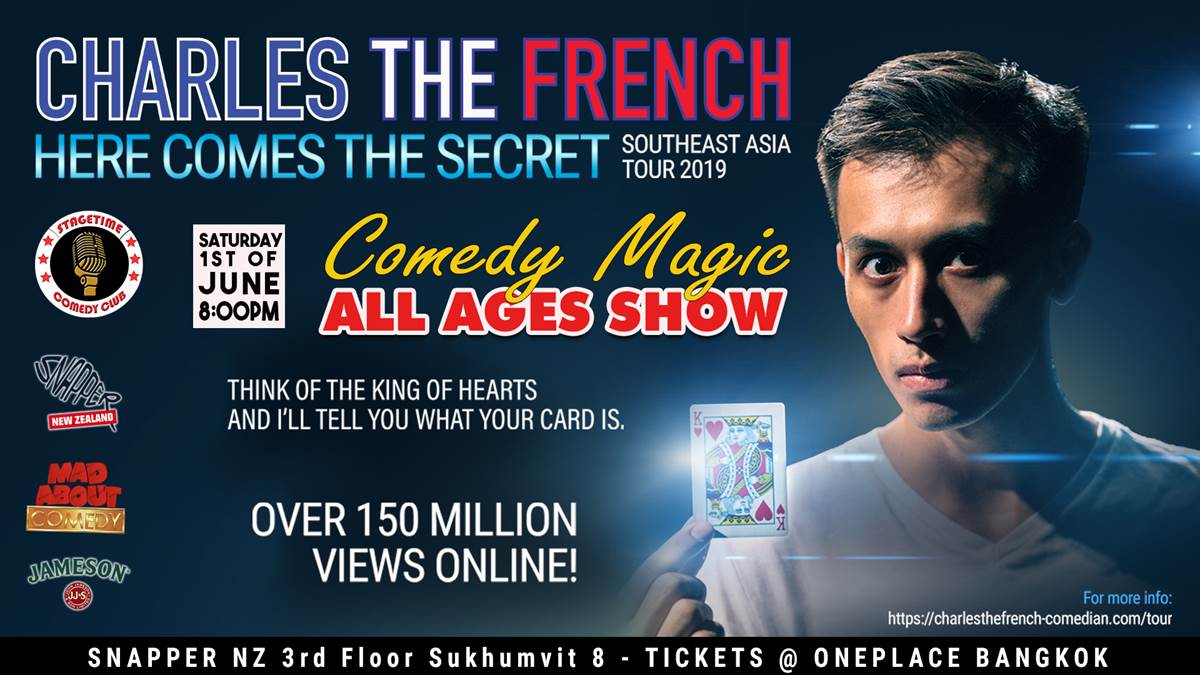 Charles The French in 'Here Comes The Secret'!

Back by popular demand as part of his Asian Tour is Charles The French! This time comedy & magic lovers of all ages are welcome to attend!

“Many different humour aspects! Charles The French puts on a show with many laughs and surprises” - In Light Of Logos

Funny in video, HILARIOUS on stage! Charles The French is widely known for his funny videos on Facebook and YouTube done with his friend Tada. With over 150 MILLION VIEWS on all of their content, the Charles The French videos have become a reference in terms of student humour.

Charles is also a professional magician who has performed over 1,000 shows worldwide. His brand new Comedy Magic Show “Here Comes The Secret” has been performed in sold out theatres all across Asia! An on line sensation only matched by his live performances Charles  started learning magic at the age of 7 and has been performing professionally since he is 16. His new show involves mysteries, laughs, comedy skits and even music! A show unlike any you’ve seen before!

As an all ages show Children 7 years and up are allowed to attend in the company of an adult (recommended for 10 and up) . Parents should be advised that while the show's  themes & content are family friendly with the jokes and magic being suitable for all ages, there is a small amount of adult language.

One our most popular acts ever returns don't miss him!

Please note if you plan to dine at snapper please plan and reserve a table for 7pm or before - there is no eating in the comedy room on the 3rd floor so audience members eat downstairs at Snapper prior to the show. This show was a sellout last time so the kitchen will be very busy! 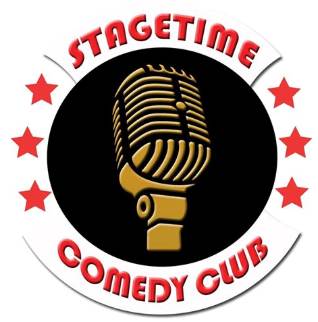