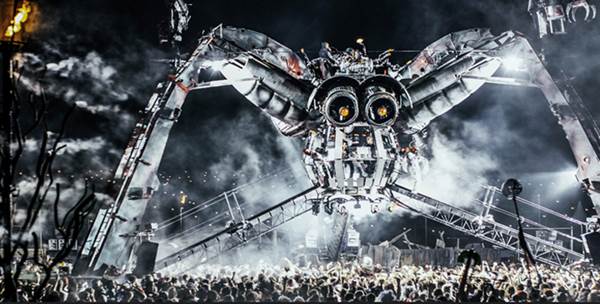 TIckets Not Yet Announced

Gravity Thailand has finally announced the a follow-up to their amazing show "The Bangkok Landing" in Nobember of last year.  On 23rd January 2016, prepare for ARCADIA 2016 - THE BANGKOK TAKEOVER at Lumpini Square!

The spectacular 360 degree fire spitting spider stage from Arcadia Spectacular makes a glorious return to Thailand, this time taking over the center of Bangkok for another incredible dance party!  Last years show also featured the amazing Lords of Lighting, among other suspended dance performances - all taking place under an enormous moving spider with booming EDM sounds, LED displays, lasers, and fireballs lighting up the night sky!  You really have to see it to believe it..