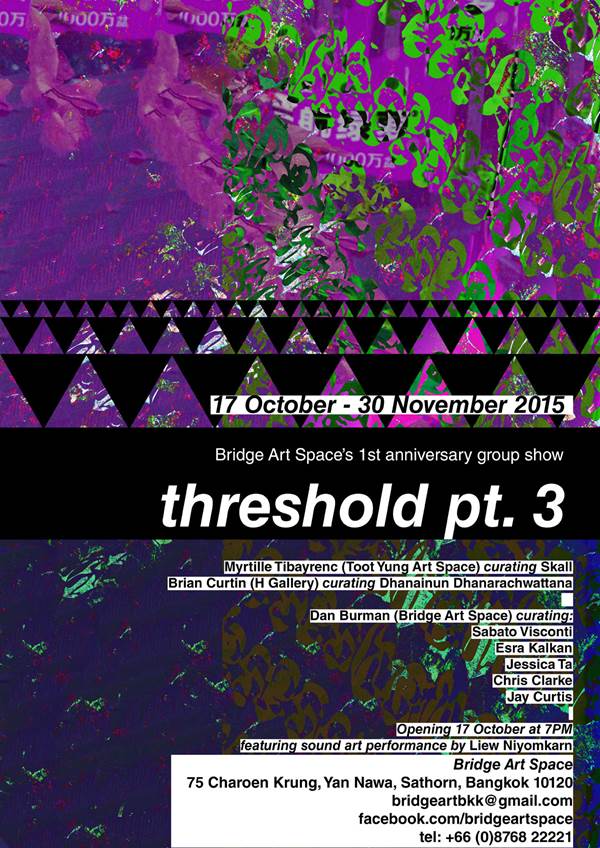 A return to the critically acclaimed Threshold thread, part three celebrates a year at Bridge Art Space, and brings together curators who have inspired us and digital artists and photographers new to the space, Bangkok and exhibiting in general.

Threshold is an ongoing investigation of liminality, transition, and the interstices between places and states both physical and metaphysical.

Opening on 17 October at 6.00, The opening of Threshold Part 3 will feature a brand new sound art performance by Liew Niyomkarn.