The Respectables' by Richard Mead

The Neilson Hays Library and Galleries - 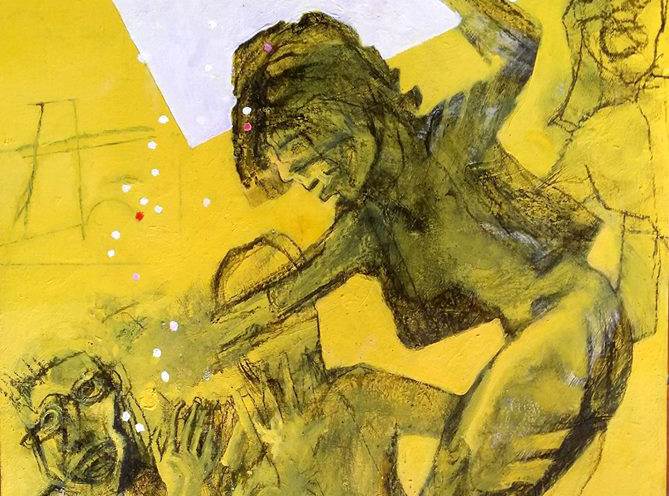 THE RESPECTABLES is an exhibition of paintings that depict the various forms of power within our everyday lives. It looks at those who are respectable or consider themselves respectable, and how they deal with the others, their uninvited guests.

There are many faces of power and respectability. Depicted here are characters from our contemporary society who portray their affluence, usually within a ‘civilsed’ occasion: bankers celebrating a deal; a politician who hopes to impress the electorates; a Bangkok family enjoying a 5-star hotel brunch; models relaxing at a party. We also get a glimpse those want to be regarded as respectable: commuters struggling for a place on public transportation. These scenes of chivalry are at times swept up by the unexpected, either philosophically or physically: a maitre d’ faced with demanding customers, a fist fight breaking out at the races, an anarchist riot. And the surreal - the European elite feeding hungry dogs.

The characters here are recognisable, but are directed and presented in a theatrical manner. With his vibrant palettes, surreal happenings, and palpable drama, artist Richard Mead succeeds in ushering us beyond the easy façade of propriety, inviting us to reexamine the notion of power and respectability in our society and, ultimately, within ourselves.

Neilson Hays Library, Bangkok
Works are displayed both in the Rotunda and the Garden Gallery of the library 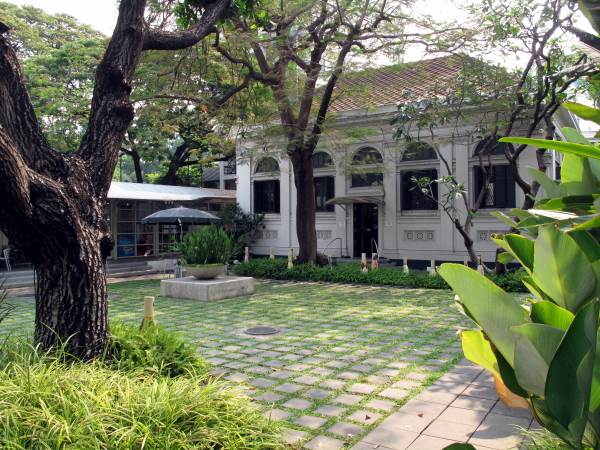