The Making of Golden Teardrop 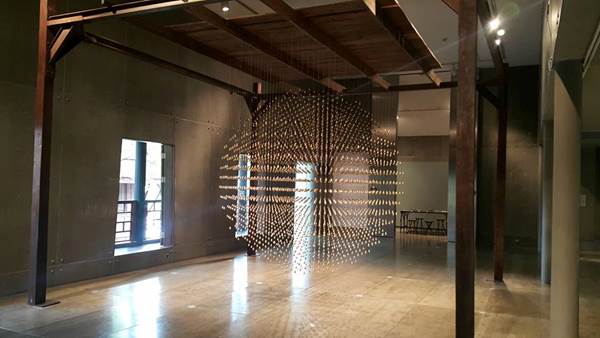 The Jim Thompson Art Center is pleased to present an exhibition of The Making of Golden Teardrop.

This is a significant work of Arin Rungjang, a Thai artist of international renown, a new interpretation of history by using the dessert Thong Yod as a starting point. The exhibition features more than 5,000 small brass sculptures in the form of Thong Yod and a 30 minutes video documentary together with photographs and the research documents he used.

The artist used “Thong Yod dessert” as the core element producing Golden Teardrop in order to present a new interpretation which challenges and questions officially imparted history. He takes small fragments from records and past stories that show local and international connections through the journey of cuisine, in order to provoke the audience into stepping outside of their previously held thoughts and beliefs.

This collects and constructs again the scattered history through both personal and public conversations, helping to open up curiosity and attempting to uncover and delve into history which so far has been carved in stone. This work begins with the overlapping of various sugar trade historical narratives, and individual narratives, from the Thais, Greeks, Portuguese and Japanese during the colonization period between the 15th - 17th century and also from the new era 20th - 21th century, which are related to Thong Yod dessert, from the beginning up to the exploration of the accumulation of their historical narratives and memories.

Golden Teardrop exhibition was first shown in the Thai Pavilion at the 55th Venice Biennale 2013 with the support of The Ministry of Culture before travelling to different countries including Thailand. The Making of Golden Teardrop exhibition at The Jim Thompson Art Center has included added background elements to the original aspect of this exhibition. It consists of video, photographs and research documents, unraveling the process of deconstructing and re-looking at history through Thong Yod dessert. This is not however rewriting history but presenting the connecting together of scattered fragments and real characters from history.

The artist talked about this work “My documentary is a presentation of the imperfection of history from any point. It is not an attempt to connect all the information; it is awkward and has no effect apart from the ability of the interpretation and the use of cinema to project the story. It is like putting history on the table and it depends on who picks up or joins together whatever is laid out there. For me this is not dressing up the history.” 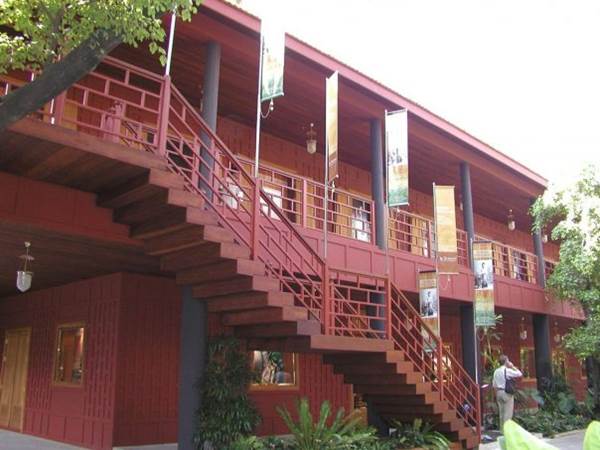