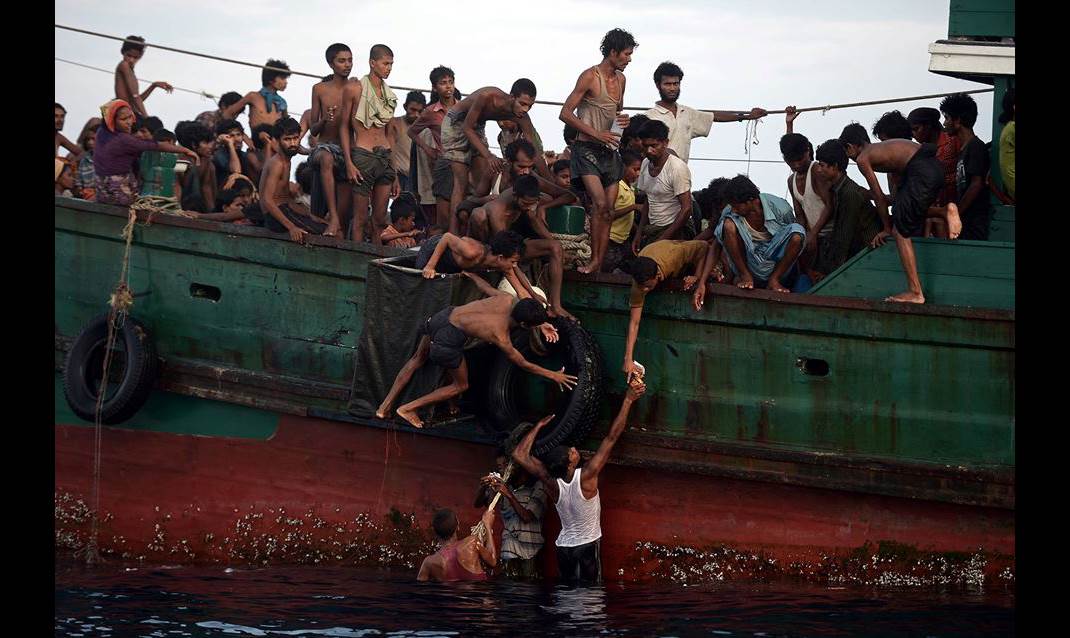 In May 2015 pictures of rickety boats stranded in the Andaman Sea packed with desperate men, women and children from Myanmar and Bangladesh made international headlines, a searing reminder that Europe was not the only continent experiencing a refugee crisis.

One year on Agence France-Presse revisits its coverage of the plight of refugees and migrants across both Europe and Asia.
AFP photographers documented the misery, suffering and risks endured by these families as they searched for a better life. Anxious parents helping children over the razor wire fences guarding the Syria-Turkey border, mass graves found in Thai jungle prison camps, exhausted people marching in columns down Eastern European roads, packed shelters in Indonesia or wrecked boats lying in a haunting sea of discarded life jackets on the Greek coast…

The Odysseys exhibition will debut in Bangkok (May 3- 29) at the BACC (3-5th floor) before moving on to Kuala Lumpur and Jakarta.

On May 11, a discussion will take place at the BACC with two AFP photographers -- Christophe Archambault from Bangkok and Ye Aung Thu from Yangon -- about how they covered the crisis in South-East Asia. The discussion, which is open to the public, will take place at 4pm on the 5th floor.