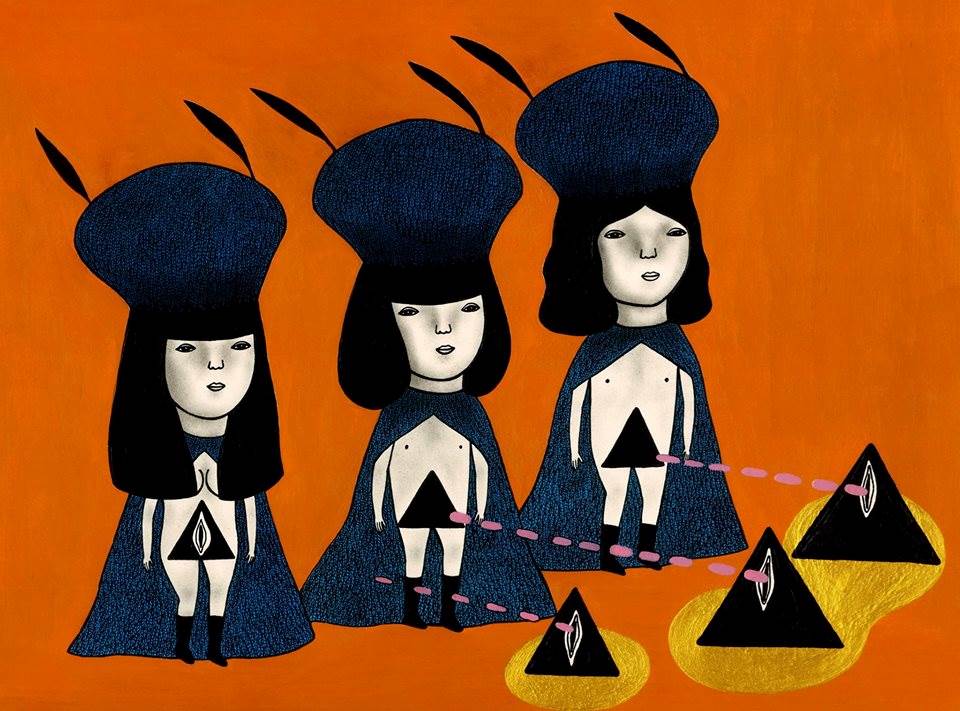 a solo Exhibition
by Thepmetha Thepboonta (MethaGod)
Opening 6 May 2017 at 7 p.m.
Exhibition from 6 - 31 May 2017
Curated by Linzie
At Bridge Art Space

Sexuality, as a dynamic force, can transform and be transformed in contemporary art. Used in this way, art becomes a means through which to push questions of desire and identity. Art can be inspired by queer sexuality and the politics of feminism; Sexuality is, in fact, art and is important to the discourse on art and his history. Still, the series does include obstacles faced by artists whose work is not reflective of what was traditionally acceptable and accepted as art.

“My Fantasy World”, as Thepmetha Thepboonta (MethaGod)’s 2nd solo exhibition, combines all of his forms of art in the past few years. After his first solo show, “under my gender”, which introduced that he was born as a bisexual, he broke the wall between 2 genders and created his own world. This 2nd solo exhibition will explore more about his inner spirit world. He shows his attitude and breaks down the traditional gender division; illustrating his unique characters in a whimsical way while appreciating the aesthetics of his sexuality. He shares enjoyment of sexuality in his world of imagination, at the same time, showing the irony in the controversial attitudes towards the different ways of sexuality in this reality.
..........

Thepmetha Thepboonta (MethaGod), Born 1987 in Ubonratchathani, Thailand. Thepmetha found his passion in art since he was a child. However, he decided to study Law, though, eventually turning his direction back to art and start studying printmaking at the Faculty of Fine Art, Chiang Mai University in 2011. He was keen to develop his work in various forms of art. His printmaking was selected to show in the 15th International Triennial of Small Graphic Forms”, Poland in 2014. In 2016, Thepmetha is invited to take part in The Jam Factory Art ground and some of his art works are published in Madam FIGALO Thailand April, 2016 and EX-PANDED Prints: a contemporary printmaking book
by Yupha Mahamart. In the same year, he graduated from Faculty of Fine Art, Chiang Mai University and having his first solo exhibition “Under My Gender” at Gallery Seescape, Chiang Mai. In 2017 Thepmetha invited in The Jam Factory Art Ground 02 and he having second solo exhibition “Welcome To My World” at Bridge Café & Art Space , Bangkok(Thailand).

There are 3 series in this show: WELCOME TO MY WORLD, Aesthetic Of Sexuality
and From My Second Spirit .
Three new videos will also be shown in this exhibition with the opening night .

Welcome to “My Fantasy World”.