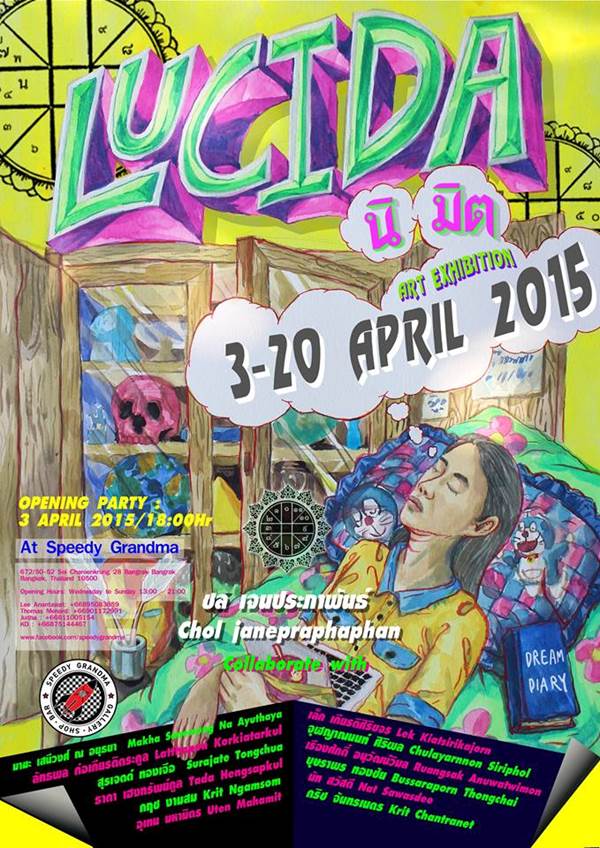 A journey into my dream in previous months, I often got nothing to remember when I woke up, and sometimes got no dreaming while I was sleeping. Many things appeared and disappeared in a phenomenon of daily dreaming, we are all the same; yet I often woke up in the midst of the night, or at dawn, and then note them down – fragmentary stories, people, and blurry images of places, so they won’t disappear. In my curiosity, I tried to memorise, tried to take note my dream as mysterious and lightly stories which could vanish in to the thin air any time when I got up.
An aimless assembly of my dream reminds me of the beginning of “collecting” museum that is chaotic, random, full of my ego and power, something understood or misunderstood, and something exciting or questionable – it is the world of disorder, multitude of mysteries. And this could be a starting point of “moments,” “things,” and “times” have altogether collided under what we named it as “exhibition.”
I collaborated with selected artists to experiment the process between a phenomenon and an interpretation of the dream in order to create as an artwork for this exhibition. A piece of artwork as a “vision” of not-yet-arrived art history, or perhaps we need to examine ourselves if a universe of art will be stable or how it could remain being.