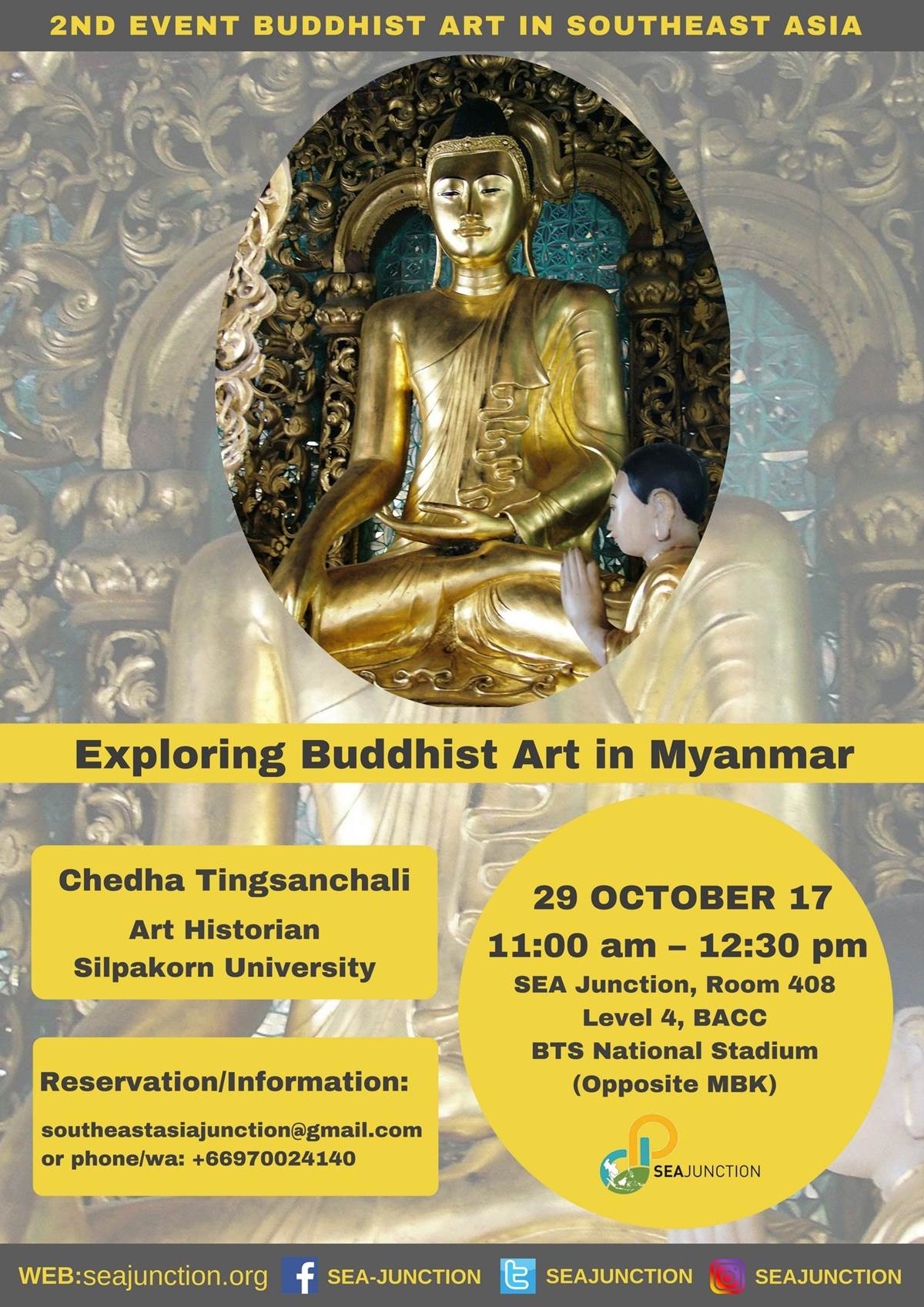 The public talk on 29 October at 11am – 12.30 pm will explore Buddhist arts in Myanmar, starting from the earliest period up to the Mandalay period in the 19th century. Art historian Chedha Tigsanchali introduces stupa Burmese Buddha images, monastery and religious objects from Myanmar and discusses their styles, their iconography as well as their social and cultural function. The lecture will also address the links between Burmese art and other Buddhist schools of art in Southeast Asia.

Mainland Southeast Asia has been strongly influenced by Buddhism since the 6th century AD. Both Theravada and Mahayana Buddhism played important roles in the development of art in the region, as can be seen in Buddha images, stupas and pavilions. All across countries that are predominantly Buddhist such as Cambodia, Laos, Myanmar and Thailand, temples are beautified with various styles of stupas, and also in the other countries in Southeast Asia ancient stupas are admired for their beauty and their historical value.

This is the second lecture in the Series on Buddhist Art in Southeast Asia by art historian Chedha Tigsanchali. The first, held on 13 November 2016 at SEA Junction, provided an introduction to the region, and this and the following ones will focus on specific countries.

Chedha Tingsanchali is Associate Professor at the Faculty of Archeology of Silpakorn University in Bangkok. He finished his study on art history from Silpakorn University as well as the National Museum Institute New Delhi and he specialized in Indian and Southeast Asian Art.