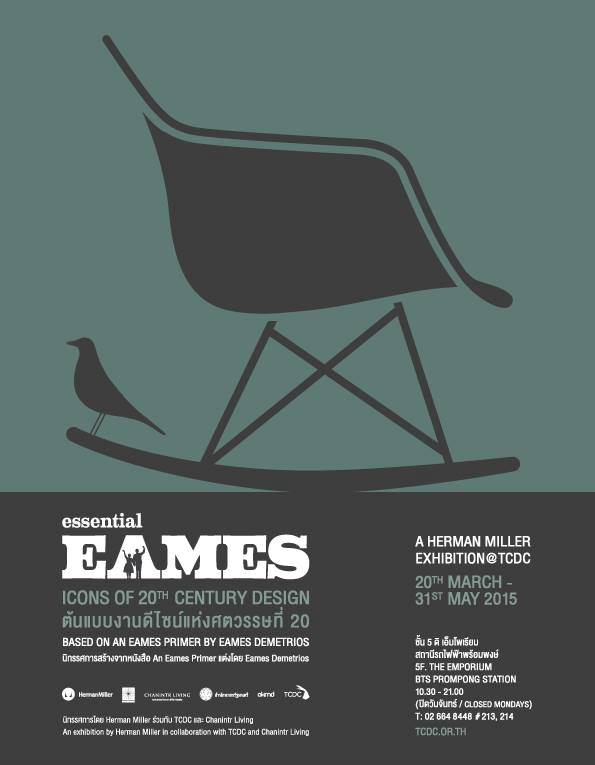 The Thailand Creative & Design Center (TCDC), in collaboration with Herman Miller and Chanintr Living, presents Essential Eames, a design-oriented exhibition that examines how ideas and creations can become timeless, enduring works that remain influential in contemporary life.
This exhibition explores the spirit, philosophy, and creativity of Charles and Ray Eames, the legendary husband-and-wife team whose work revolutionized furniture design as early as the 1950s.
Based on An Eames Primer, a book by the design duo’s grandson, Eames Demetrios, the exhibition traces the life and work of Charles and Ray, who are credited with “…changing the way the 20th Century sat down” (The Washington Post).
The show provides an opportunity to view rare, never-before-seen images, sketches and collector’s pieces from Herman Miller’s archive, as well as more than 90 pieces of furniture, including a design made for Pope John Paul II, and a vintage Eames Fiberglass Shell Chair. The exhibition also includes a number of films by Charles and Ray, such as Glimpses of the U.S.A and Powers of Ten.