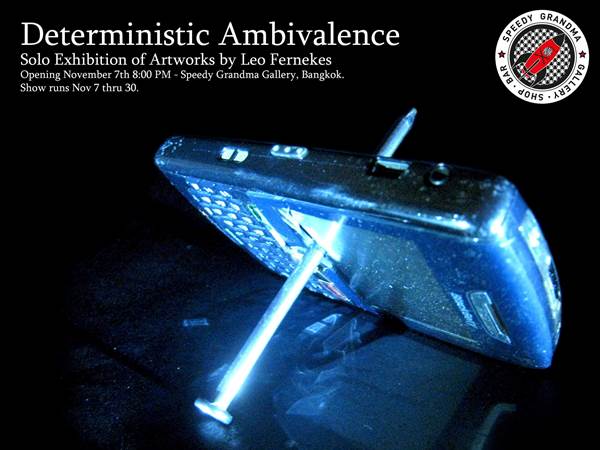 Artist's artwork is heavily influenced by his life experience as an engineer and sociologist, working closely with technology and people. These experiences have heightened his awareness of the edgy relationship we all have with technology; it’s fast eclipsing religion as the dominant cultural force. Modern technology delivers experiences that once would have been considered magic, the complexity of the underlying mechanisms being far beyond the average person’s ability to comprehend them; they must then be taken on faith, as one does with religion. The artworks he creates are both celebratory and cautionary, exploring both the magical and the sinister elements of our relationship with machines