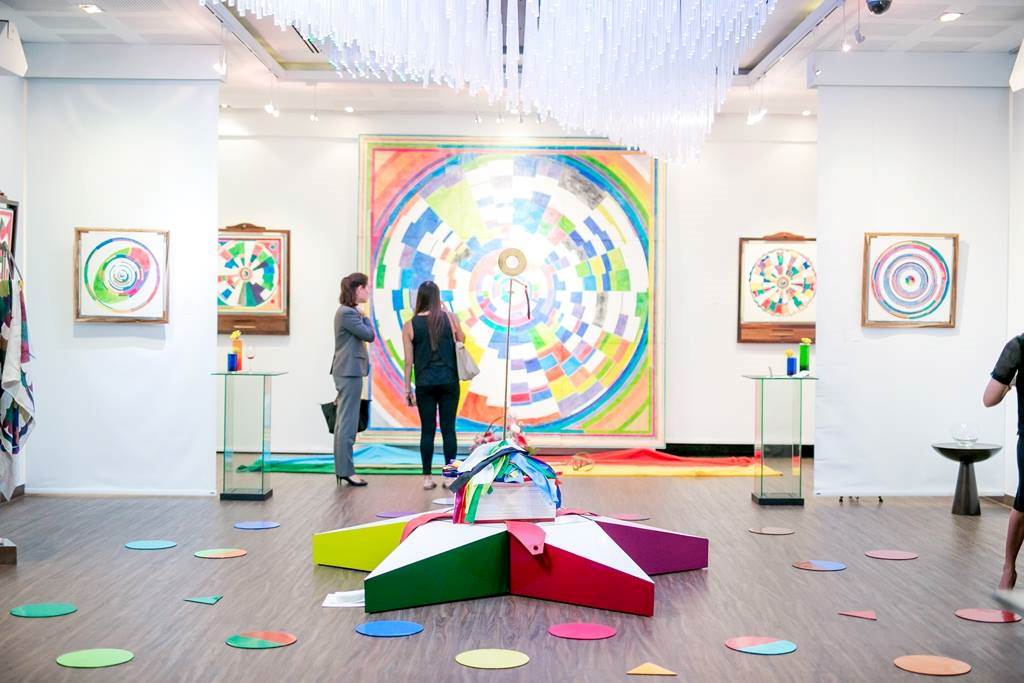 Colour is an essential part of how we experience the world, both biologically and culturally.

Sir Isaac Newton developed the first circular diagram of colours in 1666. Since then, scientists and artists have studied and designed numerous variations of this concept. One of the earliest formal explorations of colour theory came from the German poet, artist, and politician Johann Wolfgang von Goethe, who in 1810 published Theory of Colours.

One of Goethe’s most radical points was a refutation of Newton’s ideas about the colour spectrum, suggesting that darkness is an active ingredient rather than the mere passive absence of light. Light and darkness, brightness and obscurity, or if a more general expression is preferred, light and its absence, are necessary to the production of colour… Colour itself is a degree of darkness.

Personal data collected vary from person to person according to the social environment, family, relationship with nature and the ethereal enveloping our globe, the solar system and planetary zodiac. As well as the cosmic immensity that surrounds each of us consciously and unconsciously. The reality of these “Inter relations” starts with the first moments of our presence on earth.

Personal data are translated in form and colour - as symbol of our "self". The portrait thus becomes the mirror of this multi-relationship between mankind and cosmos. These values are then translated into colours and shapes, following an ancient method of connection of the alphabet with the sun, the moon, the planets, the zodiac and the cosmos.

The technical event of the theory of light refraction and chemical formulas embodying the pure colours: magenta, yellow and cyan, offers the possibility to compose an infinite palette. This palette of colours gives the possibility of joining the ancient theories. Thus it was born an interpretation and an assembly of the various theories of colours and shapes from the Greek philosophers to the alchemist schools, Goethe - Saint Ives D'Alveidre and Johannes Itten, the theorist of color “par excellence” of our time.

No longer just a system to process, but rather a poetic love for each project, each painting or sculpture comes from the deep and intimate memory of those personalities in our historical time of which, through their research and teaching, are generated formulas of scientific research and new ways of life in society.

With the cosmic portrait the figurative representation of a physical portrait is overcome by a sensitive interpretation of the personality.