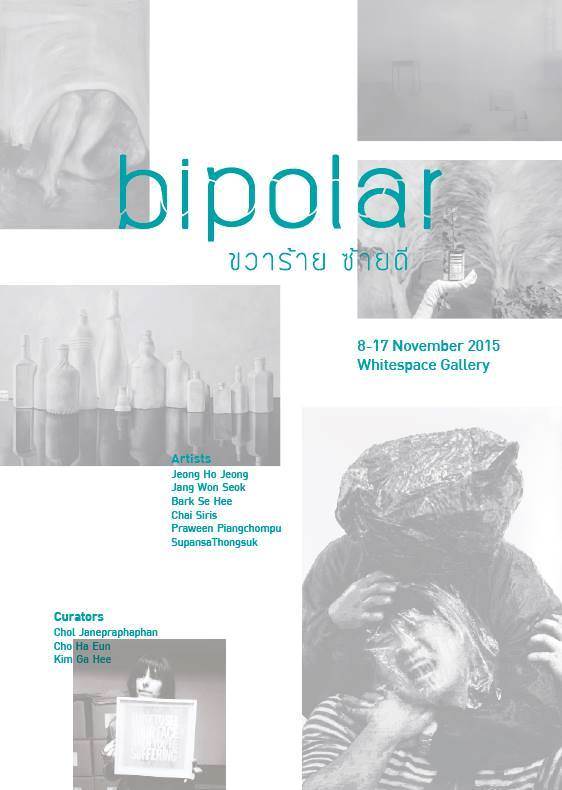 Bipolar: exhibition by 6 new artists, both from South Korea and Thailand, which are invited to thisexhibition, including Bark Se Hee, Jeong Ho Jeong, Jang Won Seok, Chai Siris, SupansaThongsuk and Praween Piangchompu. These six artists are growing in the world of conflicts, just like people from other ages, but it seems like their lives are moving into overlapphrase of significant era. We may not be certain for what will happen or change in the futurebut these artists are the representatives of extreme, both in state and common sense level. Some may said that bipolar disorder usually appears in creative personnel but sometimes, without explanation, artworks can reflect the bipolar world that we are living in. If art is a form of language, Bipolar Exhibition will be enriched with art languages through painting, printmaking and photography as they represent internal and external phenomenon. Artist’ bodies are like the connected point of different areas, bipolar emotion in their artworksnot only mean temper or depress, in the world with complexity, their artworks reflect something more than that. Something called “sense” in artworks sometimes is hard to explain just like this world that conflicts are so complicated common beyond human understanding.