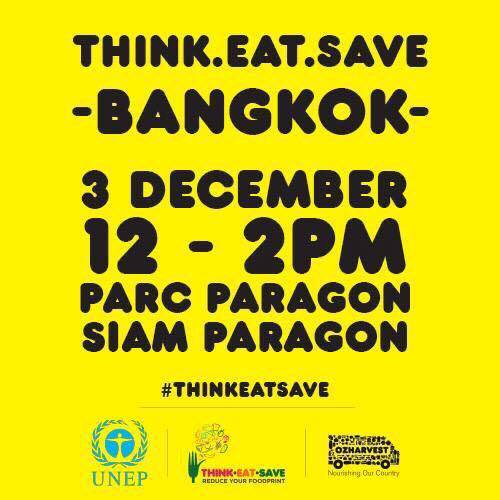 The UN Environment Programme Asia Pacific has enlisted the support of leading Australian food rescue organisation, OzHarvest, to educate and raise awareness about the issues of global food waste, food security and sustainability.

To support the UN’s Sustainable Development Goal 12.3, which aims to halve global food waste and reduce food losses along the production and supply chains by 2030, UNEP & OzHarvest have partnered with some of Bangkok's most recognised chefs and will serve 2,030 people a delicious lunch prepared using saved ingredients otherwise destined for landfill.

Prominent Thai chefs including Duangporn ‘Bo’ Songvisava and Dylan ‘Lan’ Jones of Bo.lan restaurant, together with a team of chefs from Nahm including Chris Miller, as well as influential Wonderfruit Festival Co-Founder Pete Phornprapha and Dusit International's Siradej Donavanik, will unite with UN delegates, and policymakers to fight food waste at Bangkok’s ‘Think.Eat.Save’ event on Thursday, 3 December at Parc Paragon, Siam Paragon between 12pm - 2pm.

An exciting and delicious fusion “rescued” menu will showcase the creativity of the booming Thai food industry. One example of the flavoursome feast is The Grand Hyatt Erawan Bangkok, whose chefs are set to produce at least 400 “repurposed” beef burgers made from saved beef trimmings with a som tum relish.

The Think.Eat.Save campaign of the Save Food Initiative to reduce food loss and waste is a partnership between UNEP, the Food and Agricultural Organization of the United Nations and Messe Düsseldorf, in support of the UN Secretary-General’s Zero Hunger Challenge. The lunch is modelled on OzHarvest’s annual ‘Think.Eat.Save’ events, which feed thousands of people across Australia while raising awareness about global food waste.
An expert panel discussion on the issues of food waste, food security and food sustainability will inspire thought, debate and action while delicious meals made from rescued and donated food items will be served by top chefs.