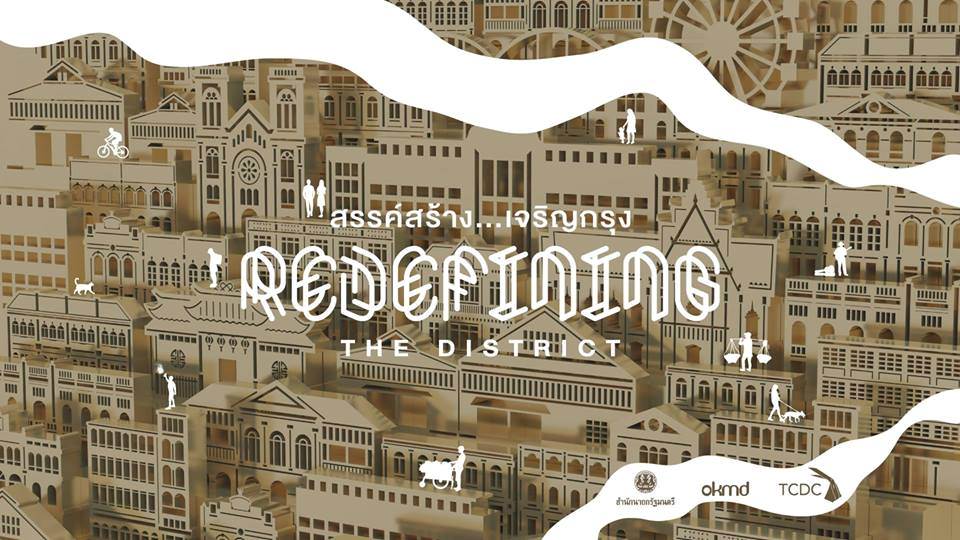 Thailand Creative & Design Center (TCDC) under the supervision of the Office of Knowledge Management and Development (Public Organization), which is in turn part of the Office of the Prime Minister, is soft launching to public at the Grand Postal Building from 5 May 2017.

Together with the soft-launch, the activity “Redefining the District” is organized to reflect one of TCDC core missions in development of Charoenkrung as the creative district. This mission is initiated to drive forward the creative economy in accordance with Thailand’s country policy. Charoenkrung development activities are organized consecutively throughout 2016 in co-creation process between stakeholders under the project “Co-create Charoenkrung”. Activities under this project consist of green space development, abandoned building renovation and alleys connection, aiming to stimulate economy in the community. Collaboration with governmental sector was developed for improvement of public service and infrastructure. Policy and measure promotion is emphasized to activate private sector investment and revive Charoenkrung as a business community for new generation.

The very first “Redefining the District” activity is held between 5-7 May 2017 to build awareness in the change of Charoenkrung by services of TCDC at The Grand Postal Building. The activity is ignited for promotion of Charoenkrung district among Thai public. Indoor and outdoor activities are awaiting at the Grand Postal Building as the following schedule http://www.tcdc.or.th/calendar/activities/27293/#-Redefining-the-District-

For benefits and souvenirs, participants of the activity “Redefining the District” can snap images of inside and outside TCDC, and share it on social media with the hashtag #TCDCBKK or #TCDC2017. Benefits and souvenirs are (1) beverage discount at café (2) postcard-sized image printing (3) discount at TCDC shop (4) Free workshop at Maker Space.