Krueng Kwaen Dok Mai Sod is a traditional Thai-style mobile, made of flowers and used for decoration. There’s no record who or when this style of flower arrangement was first used, although it bears some resemblance to floral arrangements in southern India, with the oldest record in Thailand found in a religious painting from King Rama IV period.

During the reign of King Rama V, flower arrangement became more popular, many styles and techniques were developed such as net patterns, Fueng (a kind of festoon) and the use banana leaves to make different shapes called Baeb. Furthermore, European ideas were integrated into new designs, with many resembling chandeliers.

Later on, under Field Marshal Plaek Phibunsongkram’s government, there was an effort to create a stronger, more unified Thai cultural identity. Thus, traditional flower arrangements became part of the officially sanctioned Thai culture with the government organizing[N1] official competitions. Additionally, the techniques were written down into textbooks and were taught in newly created finishing and vocational schools 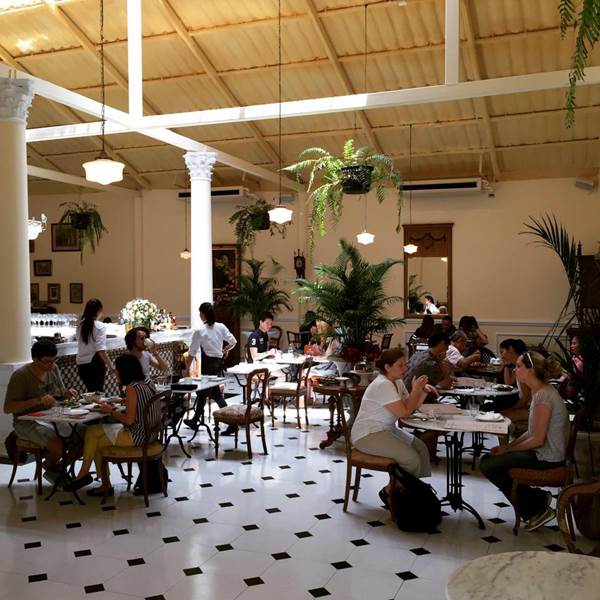