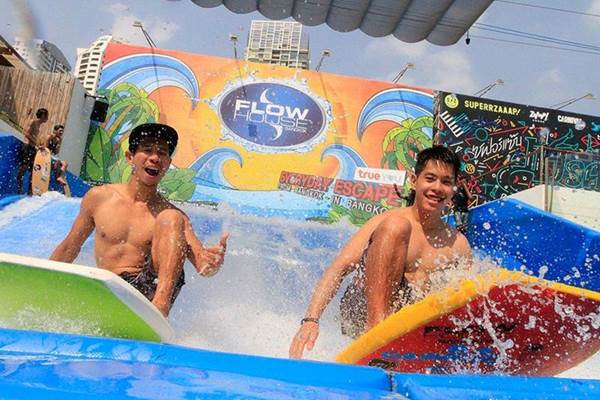 Top flowboarders in the Asia Pacific region (Saipan, Japan, South Korea, Australia, Thailand and Malaysia) will congregate to compete against the region's best on the world-famous Double FlowRider® wave ride for championship titles and a place on the Asia FLOW Team.

This team will consist of one male flowboarder, one female flowboarder and one bodyboarder; together these champions will take on a bigger challege as they will be flown to USA representing Asia on the international stage atthe FLOW Championships (FlowRider) against the world’s elite.